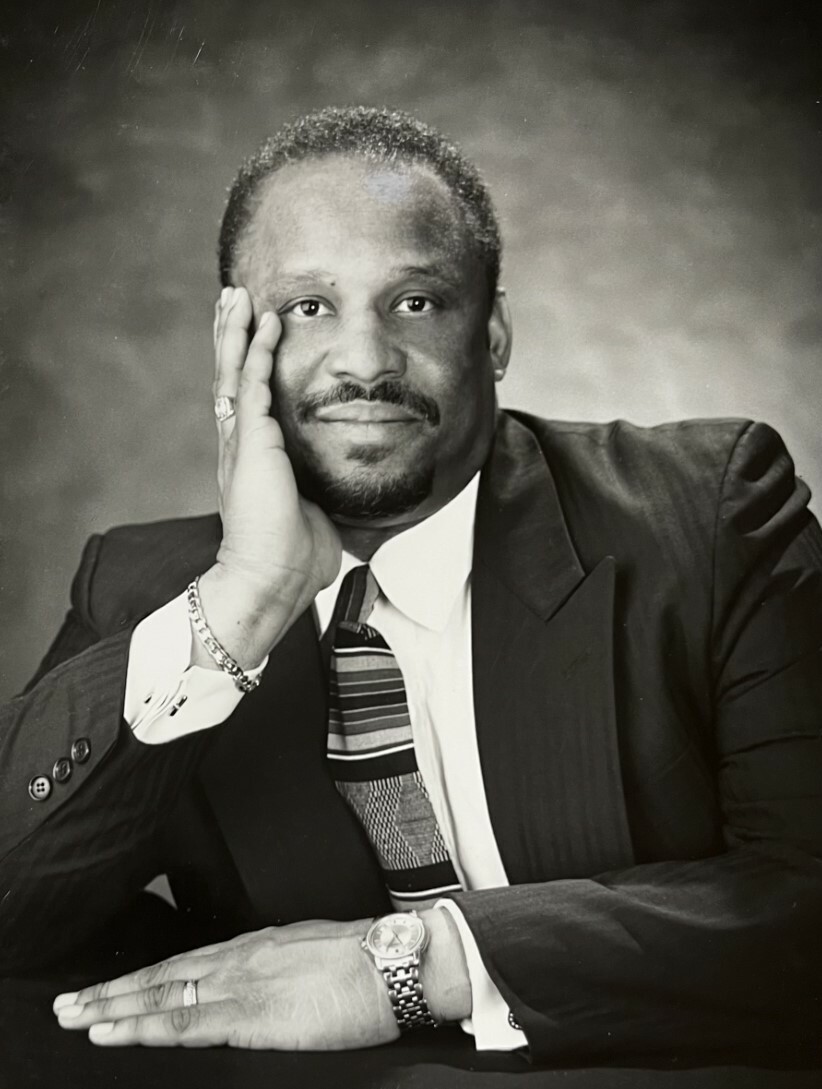 Stafford Louis Hood, Ph.D. was a devoted and loyal husband, father, son, brother, cousin, uncle, mentor and a friend. His life was defined by his relationships with others. Stafford had an innovative and creative mind and was known for his wit, love of people, his work ethic and his prolific scholarship. His friends throughout the world are too numerous to count. Stafford loved good food and drink, traveling (particularly to a location near water), music, an occasional cigar, and books. One of the places he was most happy was convening at the Fort (Fort Atkinson, Wisconsin) with his friends for fishing and fellowship.

Stafford was born February 12, 1952, in Chicago, Illinois to Willie Hood Sr. and Virginia Darby Hood. His parents preceded him in death (Virginia in 1994; Willie in 2011) as did his brothers Willie Hood Jr., LeRoy Ward, and sister Cheryl Jean. Stafford is survived by his sister Judith Scroggins, cousins Howard Porché, Jr. Melvin Darby, and many others throughout the U.S.

Stafford was a proud member of the 1970 graduating class from Leo High School in Chicago. He enjoyed visiting with fellow alumni to reminisce about his days as a student and on the football team.

Prior to his academic career, Stafford was Chicago Transit Authority bus driver and a Social Worker at Ada S. McKinley Vocational Services in Chicago. During 1979, Stafford was the Administrator of Academic Standards in the Office of the Assistant vice Chancellor for Academic and Support Services at the University of Wisconsin (Whitewater). The fall of 1979, Stafford entered the Doctoral Program and began his graduate assistantship position in the office of the Associate Dean in the College of Education. Upon graduation from the University of Illinois, he accepted a position as a Program Evaluator and Assessment Specialist at the Illinois State Board of Education in Springfield, where he remained until 1988.

Stafford began his academic career in 1988 as Assistant Professor of Psychology in Education at Northern Illinois University (DeKalb). In 1991, he accepted a position as Assistant Professor of Counseling/Counseling Psychology at Arizona State University (Tempe). In 1996, he was tenured and promoted to Associate professor and in 2004, he was promoted to the rank of Professor. Between 2004 and 2008, Stafford served at the Associate Dean for Research in the College of Education at Arizona State University.

In 2008, he accepted a position at the University of Illinois Urbana-Champaign. He took great pride in being named the Sheila M. Miller Professor and Department Head of Curriculum and Instruction and Professor of Educational Psychology in the College of Education. In 2011, Stafford transitioned to be the Associate Dean for Research and Research Education in the College of Education (2011-2014). In 2011, decades of work were realized when he became the Founding Director of the Center for Culturally Responsive Evaluation and Assessment (CREA) in the College of Education. Stafford remained as the Director until his retirement in December 2020. From January 2021 until his passing, he was also the Sheila M. Miller Professor of Education/Curriculum and Instruction Emeritus. He remained actively involved in the administration of CREA and active in the research, evaluation and assessment communities.

In 2015, Stafford and Denice established a scholarship in the College of Education to support undergraduate students pursing an education degree. Stafford valued education and he was committed to helping student purse their degrees.

Stafford was a life member of his beloved fraternity, Omega Psi Phi, Inc., having been initiated in 1971 into Sigma Zeta Chapter. He remained active in chapters wherever he lived and participating in national Conclaves and District meetings with the bruhs were among his most favorite activities.

A life-long sports fan, Stafford loved his Chicago teams (Bears, Bulls, and Blackhawks) and the Fighting Illini teams. An accomplished athlete himself, Stafford played Little League, Pony League and Connie Mack baseball as a youth, football in college and semi-pro baseball. His close friends know that Stafford was always ready to talk about sports.

Stafford loved his family and friends. He is greatly loved and missed. His memory is a blessing we will cherish and we honor his legacy.

To send flowers to the family or plant a tree in memory of Stafford Hood , please visit Tribute Store