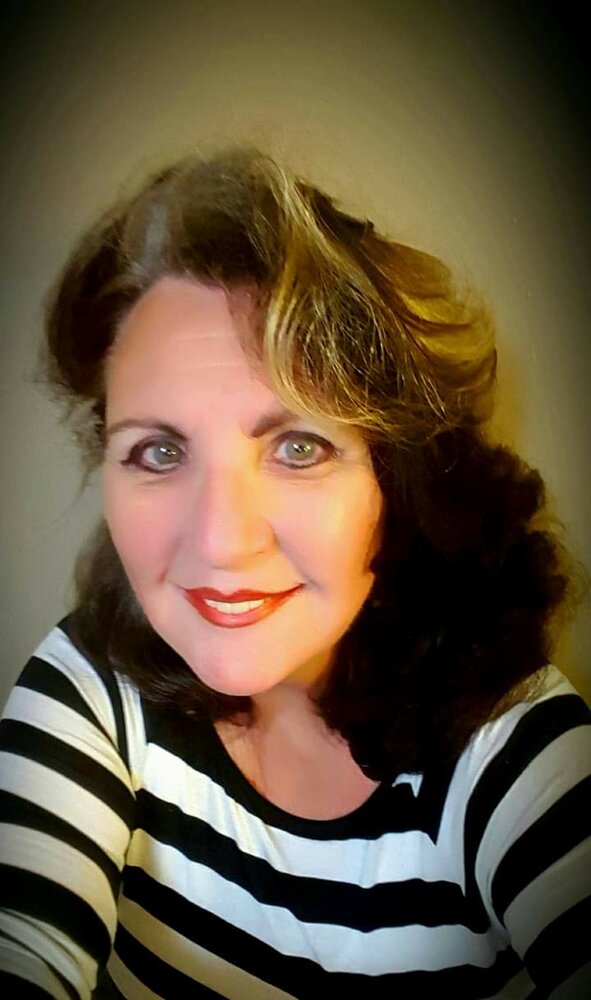 Martha Earline DeMott passed away October 30, 2022 in Mesa, Arizona. Born on February 20, 1953, Martha arrived in Tempe, Arizona to Margorie and Marvin Hartman. She graduated from Tempe High School and went on to attend ASU. The rest was written by Martha herself and captured her love of traveling, volunteering and her soul mate Robin.

Martha gave us a page for the 50-year Reunion Memory Book. Here's what it said:

After graduating ASU, I headed to Utah in 1977. Why Utah, I have no idea. I did work with a great group of ladies that I met up at Jackson Wyoming that I knew lived in the Salt Lake area so that's where I headed.  My international travels started in 1975 with a trip to Japan. From there, I made a trip to Mexico City, Jamaica, and Canada. Life seemed pretty good while in Utah, and I proceeded to work for the Utah Corporation Commission in Salt Lake. Working a summer in '75 in Jackson Hole gave me a taste of an area that I proceeded to return to many times over the years. One of my trips in '83 gave me an opportunity to cross paths with the man I would marry in '84. It was Labor Day weekend that I was attempting to check into a hotel and upon leaving that morning a man on a gorgeous colored motorcycle was proceeding to leave also. Knowing very little about this man, I did leave my number with him upon learning he returns to Salt Lake on occasion. At the time, he was stationed in Cheyenne, Wyoming but did have a house in Utah. We connected immediately and I was invited to join him in October to a birthday party in Salt Lake. By November I was flying up to Cheyenne for Thanksgiving and my fate was sealed. By December his temporary duty was complete and he returned to the Salt Lake area. By then I knew I had found the love of my life and we proceeded to make plans to get married. I waited till June to get married to enjoy the summer weather on the motorcycle as we proceeded to take a honeymoon up the California coast. Upon returning to Utah, I decided to travel on with my husband Robin to his next TD assignment in North Dakota. That is one place I would never want to live in the winter. I flew home to Salt Lake and waited for Robin's assignment to be completed. Life was good for a few years until 1986 when my father died. My whole life was my father as an only child, I worshipped him. I decided to leave Utah and return to Arizona to try to gather myself. The next year Robin was able to take retirement from Hill Air Force Base and join me in the Tempe area. We left behind the joys of motorcycle riding as we established ourselves in the valley. From there on our lives were hot rods. It was wonderful returning to my roots and reconnecting with friends from elementary school. I was able to find employment with Arizona Corporation Commission and stayed until 1995. Our travels that year took me to 3 weeks in Scotland and England. Pre www I became pen pals to several people in England but established a lifelong friend with a couple we were able to meet on our trip in England. A couple years later we return to Europe and this time visited a week in Germany and a week in Paris. Our next trip took us to Ireland and Wales in a couple years. Travel slowed down as we moved into the 2000s. I changed jobs to be at the Boeing Company in Mesa. I loved my job in contracts and pricing at the Apache helicopter location. Our last travels together in 2008 took us to China just before the Olympics was to be located. China was on my bucket list and Robin was tolerant to put up with a location he had never thought about traveling to. We both loved our days on travel from Beijing and Shanghai. In 2009 we chose to travel to India. The highlight was to see the Taj Mahal in the Golden Triangle. As 2010 rolled around, I was laid off from Boeing and it was an opportunity to have time with Robin during his declining health days. We had it made during the holidays, but the writing was on the wall that heart failure was going to catch up with him. Robin passed away March 1st, 2011. We celebrated 28 years together. My life changed forever but I needed to move on. I sold the house in Gilbert and moved into a rental property back in Tempe. After four surgeries in one year, I decided to retire from working on January 2016. I loved retirement and took an opportunity to volunteer for an organization called Treasures 4 Teachers in Tempe. It's a donation site that receives items from the public and corporations. I volunteer 3 days a week and every day I show up it's like Christmas, so many unique donated items. It took me almost 10 years to adventure out to traveling again and I took an opportunity to travel the Mediterranean and then Greece. The next year I took an opportunity to volunteer to work in an elephant refuge in Thailand. What an experience that was, a real eye opener to think and work outside my comfort zone. I returned with a huge appreciation for a species that few people get to live among. Now I have turned my attention to settling into mobile home living in Mesa. Ten years after my husband's passing, I've picked a path of retirement and enjoy volunteering as my passion.

Martha is survived by a host of relatives and friends. The DeMott family gives thanks to all her friends and family who have supported her these last 11 years of her life. She will be dearly missed by all. Per Martha’s request, there will be no funeral service at this time but a Celebration of Life will be held and posted at a later date. In lieu of flowers, donations can be made in Martha's name to either Treasures 4 Teachers www.treasures4teachers.org  or The American Cancer Society https://donate3.cancer.org.

To send flowers to the family or plant a tree in memory of Martha DeMott, please visit Tribute Store