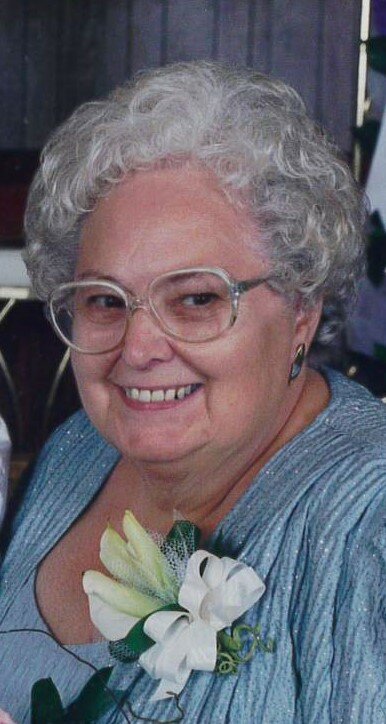 Born 10-16-1933 to William Hessler and Josie (Sowle) Hessler in Bristol Wisconsin, whom Alice loved very much.

She was raised in Sun Prairie, WI., as a young girl, she loved going to the movies and listening to country music.  She worked in her towns first and only Root beer stand.  She found a second family at Research Products, where she worked for 25 years.

She married, Norman J. Marking in March of 1951.  They had one daughter, Billie Jo.  They enjoyed camping with friends.  They lived in Madison WI. Until moving to AZ. In 1981.  She was married to Norman for 42 years until his death in 1993.  She later married an old friend from WI. Everett (Sparky) Polglase in 1998. They enjoyed going to garage sales, purchasing broken ceramics, and fixing them up. Everett preceded Alice in death in 2007.

Alice grew up Catholic in WI. She loved God and accepted Jesus as her Savior, baptized in 1992 at the First Free Will Baptist Church in Phoenix, AZ.   Later moving to Sun City, AZ. She loved being part of the church family at the First Country Baptist in Surprise, AZ.

She enjoyed going out to eat with friends and family.  In her later years she cherished living with her daughter Billie Jo and son-in-law Tony, making breakfast for her grandson Joshua, and watching Golden Girls and shark movies with her granddaughter Eleana.  She loved playing cards with friends and family. Donating to Children and animal charities because her love for cats and dogs. She appreciated keeping in touch with her all nieces and nephews.

She will be loved and missed by her family and friends…Isaiah 54:10

To send flowers to the family or plant a tree in memory of Alice Polglase, please visit Tribute Store
Wednesday
25
January