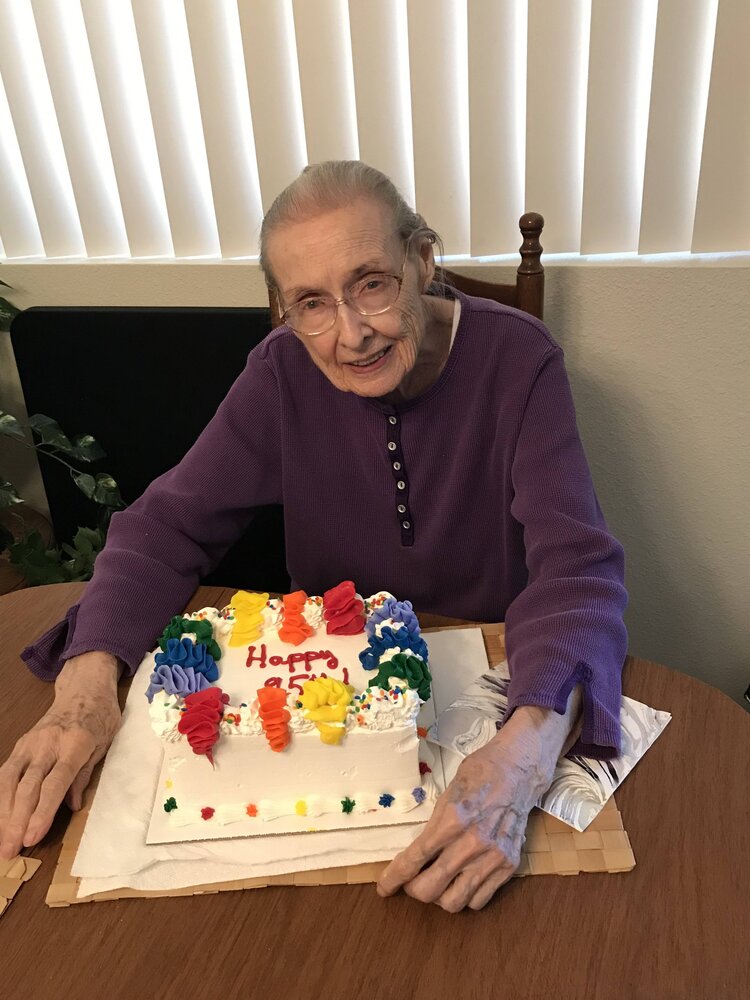 Arline grew up on a farm outside of Northfield during the Great Depression and graduated from Northfield High School in 1942. She married William Russell Wallington on November 1, 1944, in Austin, Texas. After World War 2, she lived in Toledo, Ohio, working as a legal secretary until 1952. Afterward, Arline was a homemaker. Arline had one son, Mark Russell Anton Wallington, born January 17, 1952. In 1984, she moved to Mesa, Arizona, where she continued to live for the rest of her life.

Following in the footsteps of her father, Arline had many talents including tailoring, knitting, and crocheting. She would often make clothes for the Barbie dolls of the girls in the neighborhood that were much better than those manufactured by the toy companies. Arline loved to play the piano as well as to arrange music. Growing up on a farm, Arline took care of her home by painting, putting down tiles and carpet, and making modifications to the structure. She was also an excellent plumber. Arline loved to visit the farms in the immediate area to watch the animals, especially the sheep.

As she became older, Arline’s main hobby was keeping track of the family history encompassing hundreds of relatives in Cuyahoga County in Ohio and Sanilac County in the Thumb of Michigan.

Arline is survived by her son Mark (Annetta) Wallington and her granddaughter Rachel Wallington.

No services are planned at this time. Donations may be made in Arline’s name to The Phoenix Zoo www.phoenixzoo.org/support/donate/.

To send flowers to the family or plant a tree in memory of Arline Wallington, please visit Tribute Store